A Poem For You Today 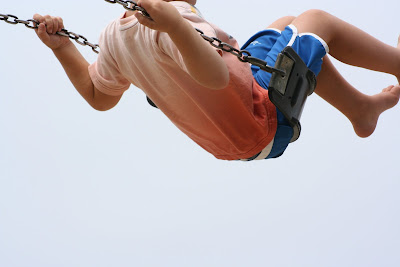 The Swing
by Robert Louis Stevenson
How do you like to go up in a swing,
Up in the air so blue?
"Oh I do think it the pleasantest thing
Ever a child could do!" 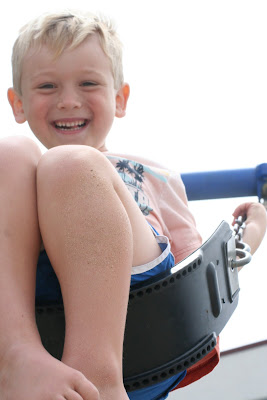 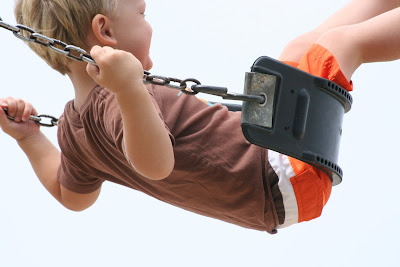 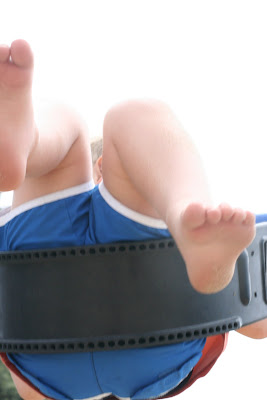 I have been thinking a lot about poetry lately.  I don't read it often enough anymore.  Being a lit major and then an English teacher, poetry used to be a part of my daily existence.  There are times when a poem captures, with such an economy of words, exactly how I feel.  I don't have the gift of poetry--no economy of words around here.  (my thank you cards, or notes of any sort, are actually kind of a joke because I write so much)  I love the rhythm, the music, of poetry. I love how many poems are very simple, yet hold such depth of meaning.  More than anything, I love that each word in a poem matters.  It has been much thought upon and put in just the right place to create just the right sound or picture. Poems stick with you in a different way than stories do.  I think a beautiful poem is a gift.
This poem, The Swing, for example.  I read this poem often as a child.  It was in a book of poems that we had on our bookshelf.  I liked the illustrations in the book and I liked the different kids of poems it had in it.  I could relate to the child on that swing.  I loved the sound of that poem in my ears.  I never intended to memorize it, yet I did.  It became a part of some dear memories:  that book, those illustrations, and of course, that feeling you get as a child when you go "up in the air and down again".
I still know the words of that poem and think of it every time I push my babies on the swing.  I would imagine that they too will someday know the words to this poem.  I hope to endow them with the words to many others.
We read many sorts of  poems.  They often like the silly ones, but it is foolish to think that a child can only read  children's poetry.  While they may not explore the deeper meanings of William Blake's, The Tyger, there is no reason they cannot enjoy this poem at whatever level they are at now.  James and William both like that poem.  They enjoy the image of the tiger  and how fierce he sounds. At some point in time, we will explore the questions Blake is asking about God in that poem: " did He who made the lamb make thee?"  Until that time, we listen to the music of the words and ask, "what's an anvil?" 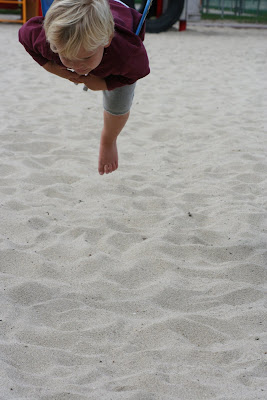 I'm ready for poetry to become a part of my daily existence again.  I'll share some with you.

I love that poem as well..I am so glad we had that book in our home library. I can still feel you beside me as I read it to you, I am just sorry that we usually saved reading for bed time. I love you

I love that poem, too!

So, in your comment on my blog you mentioned how you noticed how much we are alike... And now, in finding out that you were a Lit major/English teacher I am taken aback!!! All I can think to say is, "NO. WAY. Meeeeee, toooooo!!!" So, you were so right. Alike we are :O)

'Looks like we were meant to be friends :O) I'm glad we've found one another. I, too, have a family focused blog. The shoppe blog is just for me. If you are interested in seeing my kids, here's the link:

Have a fabulous day!