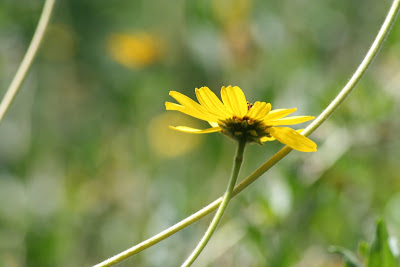 So, I've decided to add something new to my blog here. I am going to share some other blogs with you. These are the ones I read often, the ones that inspire me and excite me and make me so happy that I discovered this place called blogland. It's a bit of a departure from my photos and writing, but there are people out there with photos and writing that far surpasses mine, so you should know about them.
Hope you like them as much as I do.
Blog # 1:
Nie Nie Dialogues
I was sick this week. I had the flu. I've been sicker, but for 3 days, I was feeling pretty poorly. Wednesday was the hardest day. I ached. I was cold, even though it was blazing outside. My head hurt so much that even my hair hurt. It was the pits.
The worst thing about being sick though is that life sort of stops. When I hobbled into the kitchen to get a drink, I noticed the floor was covered in crumbs. And walking on them made me crazy, but I just couldn't get the broom and sweep them up. The kids needed tending too, but they just watched movies while I laid on the couch and tried to sleep. Even 1 day of this leaves me feeling frustrated and irritable. My house feels like it is in shambles, and much worse, I feel like a terrible mother.
All this made me think about Stephanie Nielson, author of the Nie Nie Dialogues. Stephanie is a mother of 4 kids and wife to Mr. Nielson. It is obvious that she loves being a wife and mother. Her children are adorable and you can't help feeling like Stephanie and her clan would be wonderful friends to have.
But the thing that makes this blog stand out is Stephanie's amazing story. Just a year ago, Stephanie and her husband were in a plane crash. The other man on the plane with them, a friend, did not survive. Stephanie's husband pulled her from the burning plane. Both of them sustained severe burns and were in a coma. Mr. Nielson was out of the hospital long before Stephanie. It was 4 months before she even saw her children.
When I first began to read her blog, she often wrote of her struggle to walk, move without pain, of eating cupcakes to put on weight and the tears that she might have shed that day. You could tell that she was struggling. But I had no idea how much of a struggle she was dealing with. I had no idea how much of a fighter she is.
Then I saw this.
On the one year anniversary of her accident, she posted a picture of herself on her blog. The first one since the accident. I cried. I don't know if I would have the courage to fight that hard. To come back from that. To push through the pain of those injuries.
All I can say is that Stephanie is truly an inspiring woman. She is a fighter. She is an encouragement to me; a real reminder of living for what matters, and focusing on those things, instead of crumbs on the floor.
So, check out her blog. The most amazing thing about it? It is not a tale of woe, or sorrow. It is a tale of joy and laughter and loving life. I know you'll like it.
Posted by Greta at 9:14 PM
Labels: Favorite Things, Lists