The first meal Aaron and I ever ate together was leek and potato soup. 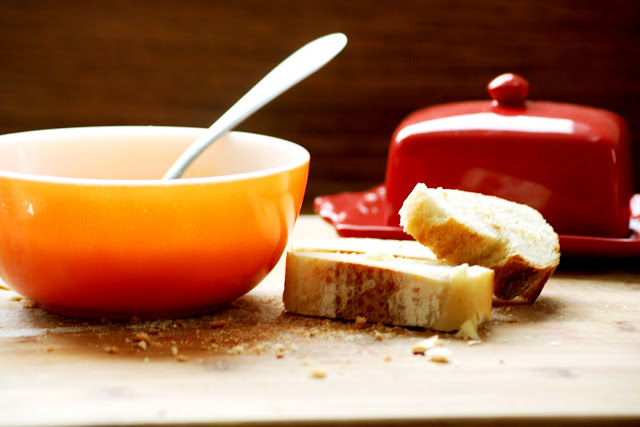 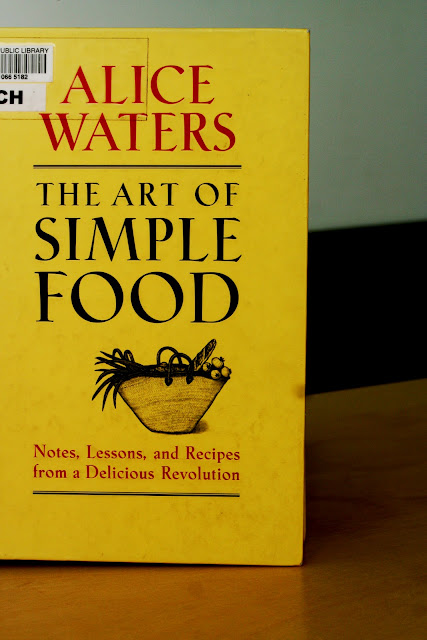 It calls for 2 lbs of leeks, sliced thin, and sauteed in butter.  The smell of leeks sauteing in butter has to be one of the universe's most divine aromas. 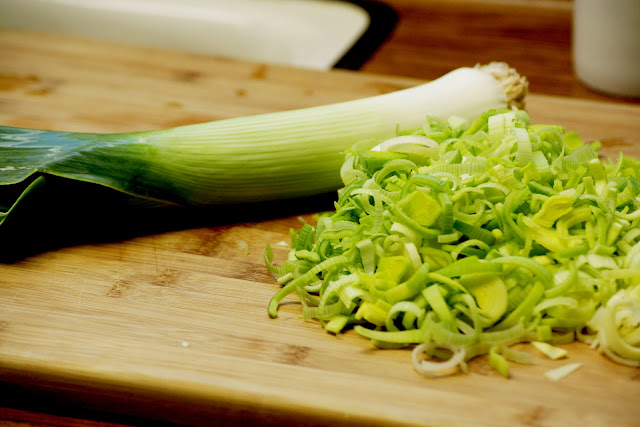 After the leeks are soft, you add the potatoes and let them cook for a bit with the leeks.
Here is where I departed a bit from the recipe.
Alice calls for peeled, sliced potatoes.
I hate peeling potatoes.
And since yellow potatoes have such thin, tender skins, I only peeled a bit of skin off each one.
It turned out just fine.
As for the slicing, I didn't think I'd like the way that looked or felt in my mouth.
Weird, I know.
So I did a small cube instead.  I like a soup that has a bit of texture to it.
It turned out just fine.
Approach this part of the soup however you like.  All I'm saying is that a recipe is just a guide and you need to do what you need to do to make it your own. 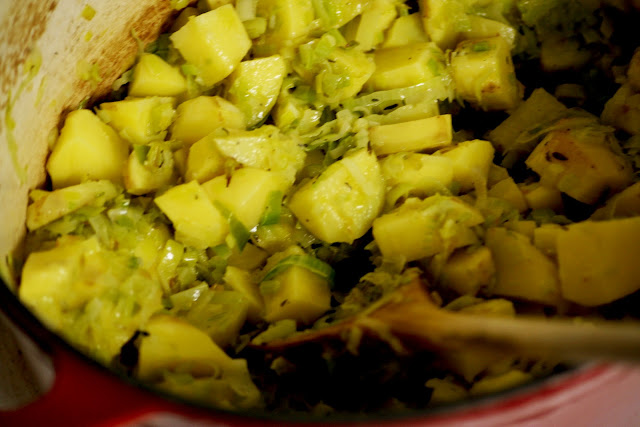 After the potatoes have softened a bit and taken on the flavor of the butter and the leeks, you add the water, or chicken broth like I did, and let it all simmer until the potatoes are soft.
You add a touch of heavy cream and you are almost done.
At that point, you can serve it as is, or run it through the blender or food processor for a smooth soup.
I chose a middle of the road approach and got out my potato masher.
It smashed the potatoes enough to make the soup thick and creamy, but still left pieces enough to make it chunky and substantial.
It worked for me. 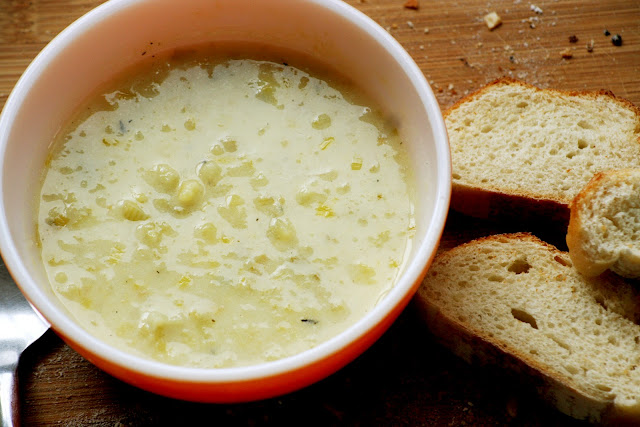 And served with a crisp salad and a crusty baguette, it makes an extremely delicious dinner.
Especially when you are reminiscing about your first date, 5 kids and 17 and a half years ago.
Like I always say, food is about so much more than sustenance. 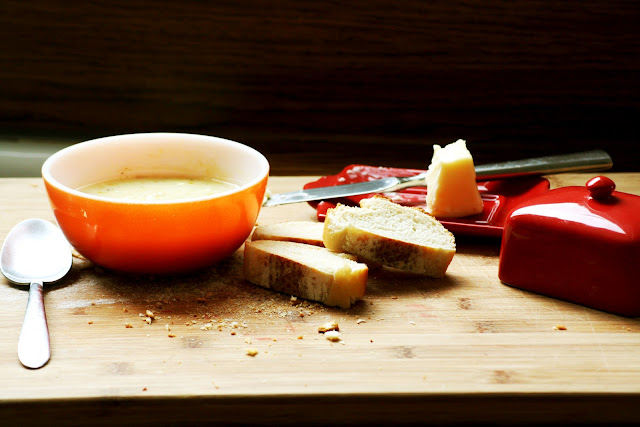 It also makes a fabulous lunch the next day.  Soup is often better after it sits in the fridge overnight.
I suggest you try it.
It would make a perfect Saturday night dinner or Sunday afternoon lunch.
Get cooking--it's the weekend!
Happy Friday, friends.
Love from,
Greta
PS.  Here are 2 more recipes for leeks if you are currently enchanted with them too.
There is Molly's leek and goat cheese tart, which is a personal favorite, and then this leek bread pudding which I can't wait to try.  Let me know if you do.


Trim off the root end and the tough upper greens from:
2 lbs leeks
Cut the trimmed leeks in half lengthwise and slice thin.  Rinse in a bowl of cold water and drain.
Melt over medium heat in a heavy bottomed pot:
3 tablespoons butter.
Add the leeks, along with:
2 thyme springs (I used dried)
1 bay leaf (I was out and so didn't use one)
Salt to taste
Cook until soft about 10 minutes.  Stir occasionally.  Add:
1 lb yellow potatoes, peeled (or not) halved or quartered and sliced (or cubed)
Cook the potatoes for 4 minutes, then add:
6 cups water (or chicken broth)
Bring to a boil and turn down to a simmer.
Cook until vegetables are tender, but not falling apart, about 30 minutes.
When done, stir in:
1/3 cup heavy cream or creme fraiche
Do not boil once the cream is added.  Turn off heat.
Check seasonings and adjust to taste.
Remove bay leaf and thyme before serving.
Posted by Greta at 10:05 AM
Labels: Books, Food, Recipes