I have been craving biscuits.
Bread of all sorts sounds good to me.
And yes, I could drive through a KFC, but that just isn't my style.
Usually I make baking powder biscuits and they are quite wonderful.
I am always happy with them.
But I could not find my regular recipe.  (that is happening to me a lot lately.  i need a better system)
And since there are so many more recipes for buttermilk biscuits, I decided to give those a try.
I chose this recipe from Scot Peacock.
I like Scot's recipes.  I like his story.  I like that he is southern and cares about southern food--like buttermilk biscuits.  I like that he is kind of opinionated about how things should taste and what ingredients you should use.
The funny thing is that I really did not follow his recipe at all.
Perhaps that is why the biscuits were a big fat failure.
Oh well.
We had fun making them.
And unless I hear something different from you, I'm going back to baking powder biscuits.
Here's the down low on the biscuits:
5 Ingredients.
Flour--he says use White Lilly.  Can't get it here.  Used regular white.
Lard.  I don't have that hanging around.  I used butter.
Homemade baking powder.  Even I sometimes say, "why bother?"  I used store bought.
Buttermilk.  Check.
Kosher salt. Check. 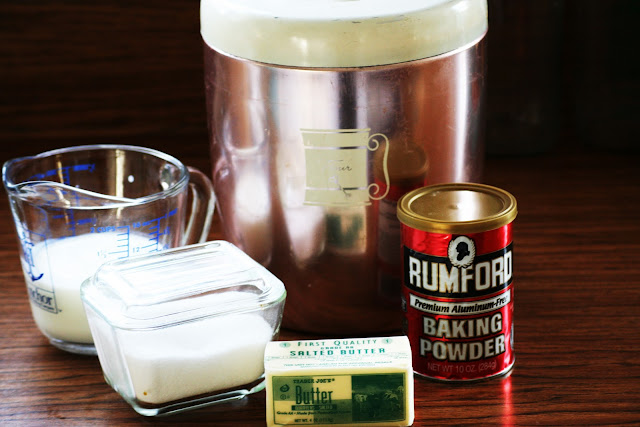 The dough was pretty dry, even when I added extra buttermilk.
But I did like the slightly sour smell of the buttermilk as I added it.
It has a tang that kind of tickles my nose. 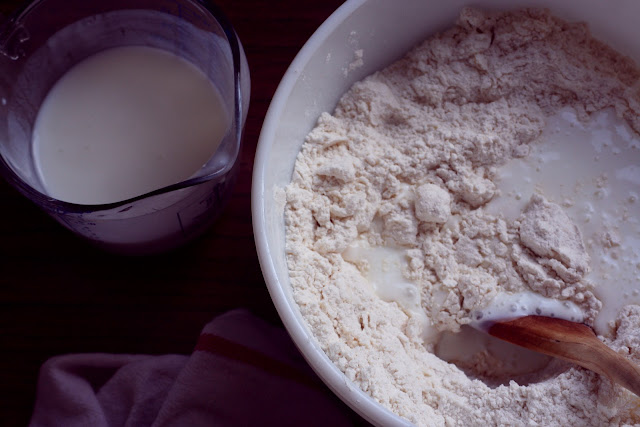 I think I added way to much flour to my rolling surface.  It said "generously floured surface."
But it just seemed to make the bottom of the biscuits extra floury.
We used a glass to cut our biscuits since I don't have a biscuit cutter.
The kids love that part. 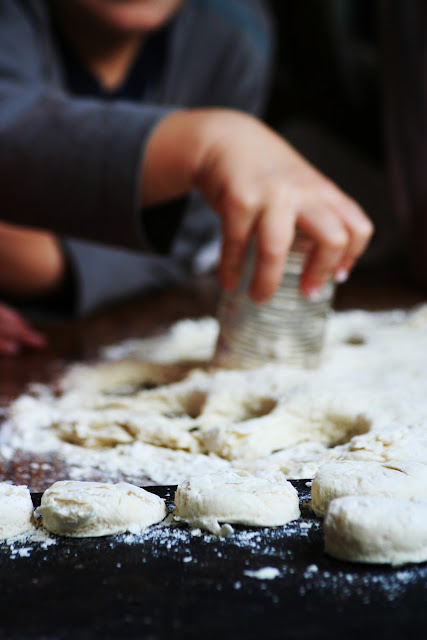 They didn't come out of the oven looking very pretty, except for the golden edges. 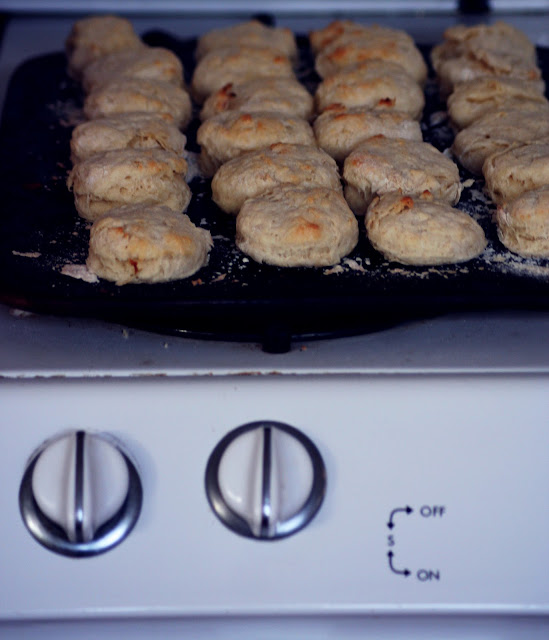 We hardly waited for them to cool before we cut them open, still steaming and dotted them with butter.
They were good.
I ate several.
But not as good as my usual biscuits. 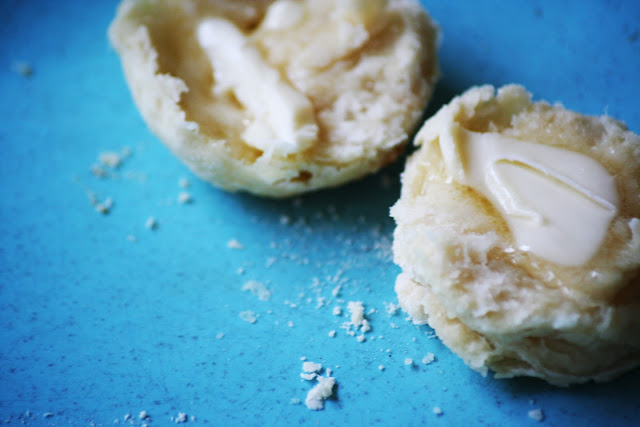 I am not really a baker, so I don't know the science behind this failure.
Maybe lard makes a lighter biscuit and you can't really substitute.
Maybe I handled the dough too much.
Maybe I need to try a different recipe.
Maybe you can share your favorite one with me.
Anyone?  Anyone?


We'll still be eating these for breakfast tomorrow.  I am quite sure they will be tasty when dipped in the runny, yellow yolk of a soft boiled egg.
Yum.
Happy weekend everyone.
Love from,
Greta


ps  For the first time, I am using edited photos on my blog.
I don't edit my photos.  Ever.
I am sure you can tell.
I don't know how to use photo shop and frankly have been rather intimidated by it.
But tonight I asked Aaron's opinion on a picture and he suggested cropping it (I don't even crop) and then showed me how to adjust the color a bit.
Oh wow.
A whole new world has opened up for me.
I don't really know what I am doing.  Tonight I just played around.
But it was fun and some of the changes I made I really liked.
I don't think I'll always edit and make big color changes--it can be a bit overkill sometimes.
But it is fun to experiment and try something new.
Bear with me as I do.
Posted by Greta at 10:44 PM
Labels: Food, Musings, Recipes

Ok, I am giving you my Nana's Buttermilk Biscuit recipe. It is to die for and pretty failproof.
So, with that lure (lure,lure) we'd better meet up for coffe/chocolate milk again. Attempt at getting together-take two. And Go!

For the glory of buttermilk, I urge you to give it one more try, dear Greta. Right now I am sinking teeth into a luscious lump of buttermilk biscuit made from our old family recipe. This one is from Nana, who grew up on a cattle ranch in Wyoming.

Whisk dry ingredients together. Cut in shortening until consistency of course meal. Add buttermilk and knead on lightly floured surface. Cut out and put in ungreased baking dish. Bake at 450 for 10 minutes.

These are freakishly popular whenever I make them for groups of people. Sadly and oddly my husband likes biscuits from a can better. Honestly, though, I think I could give these as birthday presents to others, they like them so much! I have even bartered with them.

I haven't tried these with good ol' lard yet. I bet the original recipe called for it. Since it is readily available on the grocery store shelf here in the south, I should try it one day. White Lilly is around here, too, but I use a simple organic stone ground wheat flour from my local Earth Fare. There's nothing else in it, just ground wheat.

Additionally, I should mention, my current biscuit is rather orange, as I mashed and added (reduced buttermilk a bit) a leftover sweet potato from Thanksgiving!

I hope you get some energy to try this again. If I was nearby, I'd be bringing them over today! I love to put buttermilk in things whenever I can.

Nice, Jen. Way to spill the beans! Now how am I going to lure Greta away?!
;)