More photos from April.
I can tell I'm feeling inspired by spring this week--there are 3 shots involving flowers.
Everything is blooming outside and it is glorious.
I love summer an awful lot, but spring time holds a pretty special place in my heart, too.

April 16, 2012
Flower
These roses grow in our backyard.
The bush is a climbing rose, planted by the previous owner.
Someday, when Aaron builds the new patio cover,
these roses will climb all over it.
But for now they just climb as high as they can in the flower bed,
and then fall over with the weight of their flowers.
The kids pick them for me almost every day.
I love them. 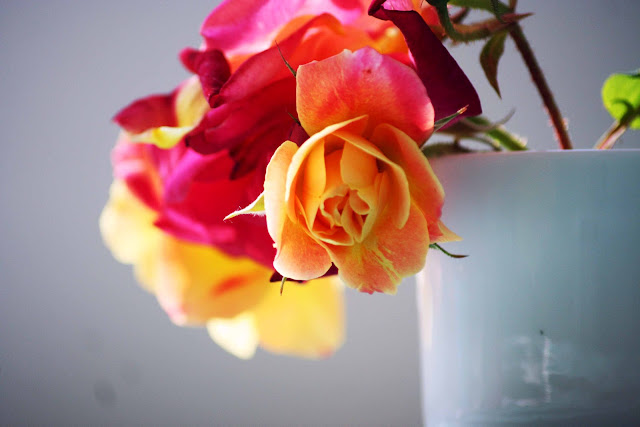 I do not subscribe to the theory of
"let them play and clean up at the end of the day".
I subscribe to the theory of
"clean as you go".
So when books are read, and left unshelved,
when art supplies are left scattered on the floor,
I must resist the urge to grumble under my breath,
and pick up after them.
Instead, I remind myself that I am teaching them a valuable life skill.
And then I yell, "pick up your stuff, (you dang kids!)"
Mom of the year, right here, people. 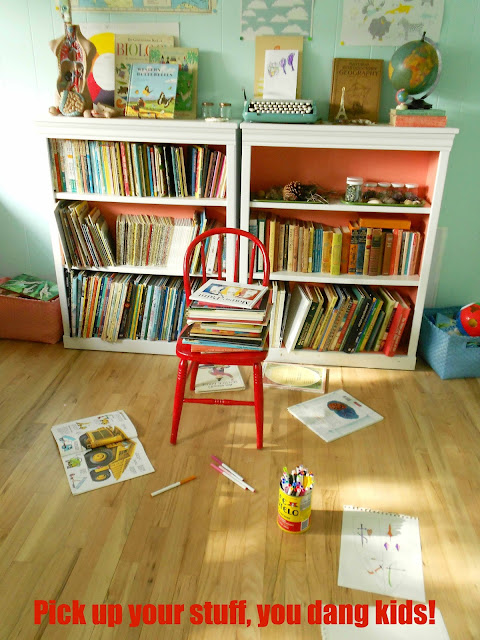 April18, 2012
Hair
James had tons of hair.
He had a cut at the barber's when he was 8 months old.
William had beautiful golden curls.
Lilly's had a big chunk of hair in the front,
perfect for cute, little, pink bows.
Davy's hair is so blond it's almost yellow.
It's thinner on top and thick in the back.
He has these long wisps that grow over his ears and look kind of silly.
But really, I think he looks just perfect. 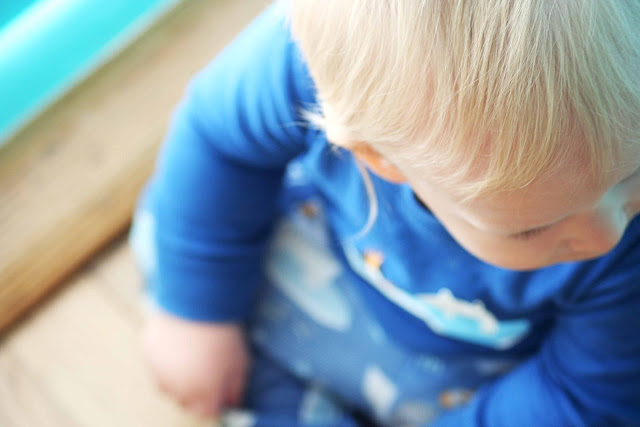 Nasturtiums are some of my favorite flowers.
I love the way, if left unattended, they will spread and climb,
until they create a carpet of blue-green leaves,
and beautiful, bright flowers.
Nasturtiums are one of the best parts of spring. 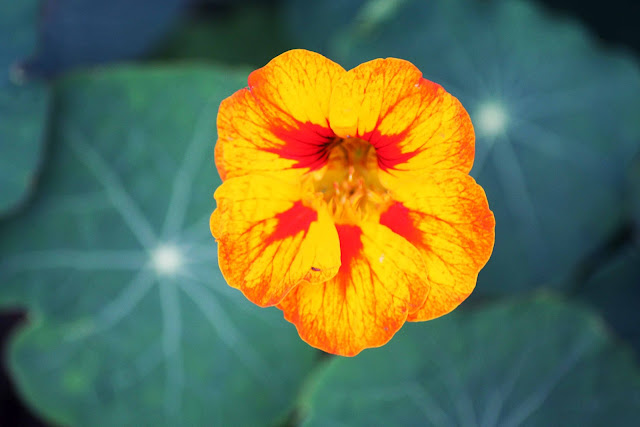 I wish I could draw.
But I can't.
Like, really, really can't.
I so admire people who can.
And I am kind of jealous of them too.
Perhaps that is why I encourage my kids to spend
as much time as they want drawing.
Right now, all 3 of them love to draw.
I hope they never loose that,
and can grow up to be like their daddy,
who can draw anything he wants.
But I take better pictures than he does.
(well, most of the time)
So there's that.
Good photography takes skill.
An eye.
And yeah, it's not just having a good camera. 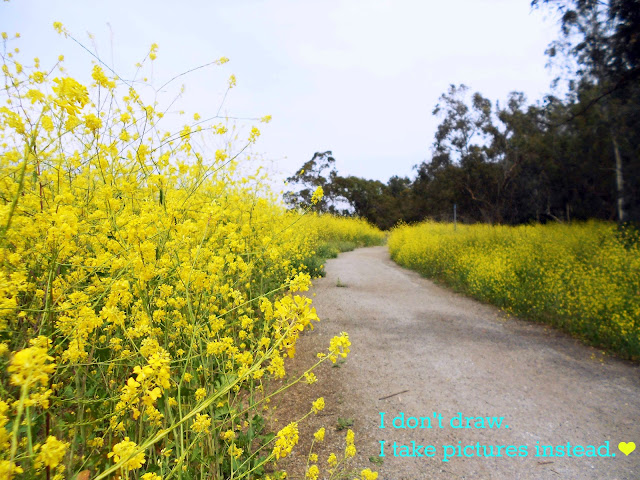 Do you  know about Dr. Bronner's soap?
We love it.
We've been using it for at least 9 or 10 years.
It's fabulous soap.
And the bonus is, if you're ever bored in the shower,
you can read the thousands of words printed all over the bottle
and be thoroughly entertained.
He's pretty crazy.
But you can't beat his soaps. 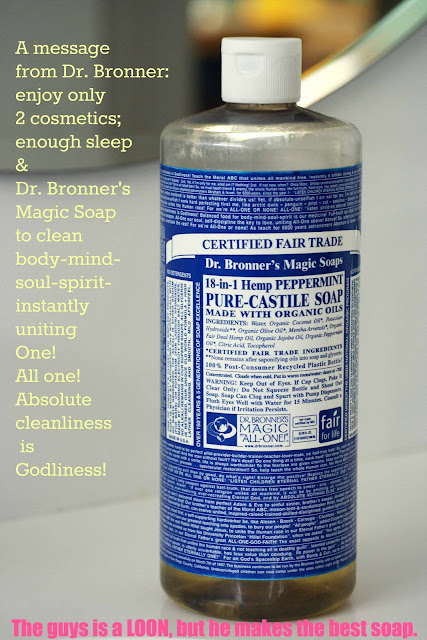 So James wanted a "stacked" cake for his birthday.
That's a layer cake for those of you not in the know.
I went with my favorite yellow cake recipe,
and even sprang for the cake flour to make it even more perfect.
Between the layers, I put whipped, chocolate gnache,
and then frosted the outside with it too.
It was amazingly good.
I may grow into my dream of being an accomplished cake baker, yet. 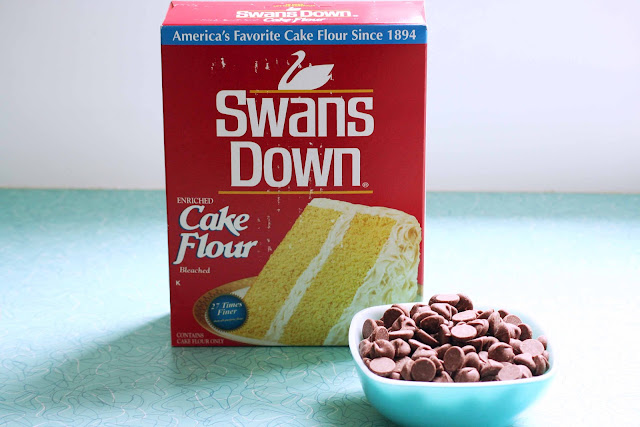 One more week to go for April.
Have any of you been taking part in the Challenge?
If so, let me know so I can take a look at your pictures.
Love from,
Greta
Posted by Greta at 10:55 AM
Labels: Growing Things, Photo a Day

I love your photos, Greta. I can't wait to clean up at the end of the day either. : )

Beautiful photos Greta. I love your flower shots. And I am with you on the clean-as-you-go theory. And that shot of your little guy is just too too sweet. Enjoy your week! Jill x

Oh that baby hair! Love all the pretty flowers, too. And over here we also clean as we go, anything else makes me crazy!